How artificial intelligence will change the future of business

While Artificial Intelligence remains an enigmatic buzzword in the computer world for many, there is no doubting that contemporary AI and machine learning are highly reliant on massive amounts of data. Many experts have made predictions regarding the future of data analytics and how it will affect AI and machine learning in the next years.

The rise of artificial intelligence is upon us. AI is advancing in a way that duplicates human qualities and behavior to the next level, from SIRI to self-driving cars.

Following years of promise, an increasing number of firms are recognizing the benefits of artificial intelligence (AI) and machine learning. According to a 2018 survey, 47 percent of businesses have incorporated at least one AI capability into their business process, up from 20 percent in 2017, and 71 percent aim to grow their AI investments in the coming years.

Change is on the way, but it does not imply the ascendancy of the machines. Yes, some people have changed jobs: 120 million people in the world’s 12 largest economies may need to be retrained during the next three years (2019–2021), but AI will not replace humans. Instead, according to industry experts, AI can assist humans in making more efficient and transparent judgments.

In this article, we’ll look at the many types of AI that are being used and present a framework for how businesses should begin to build up their cognitive skills in the next years to meet their business goals.

Companies can benefit from viewing AI through the perspective of business capabilities rather than technologies. In general, AI can help with three critical business needs: automating company processes, getting insight through data analysis, and connecting with customers and workers.

The most prevalent type of project among the many that we examined was the use of robotic process automation technologies to automate digital and physical tasks—typically back-office administrative and financial processes. RPA is more advanced than previous business-process automation solutions because the “robots” (code on a server) function like humans, inputting and consuming data from numerous IT systems.

Among the tasks are:

The second most popular type of project in our survey (38 percent of the total) used algorithms to find and evaluate patterns in massive amounts of data. Consider it “analytics on steroids.” These machine-learning applications are used to do the following:

Machine learning cognitive insights differ from classical analytics cognitive insights in three ways: They are normally far more data-intensive and detailed, the models are typically trained on a subset of the data set, and the models improve over time—that is, their ability to use fresh data to generate predictions or categorize things improves.

In our survey, the least prevalent sort of project used natural language processing chatbots, intelligent agents, and machine learning to engage staff and customers (accounting for 16 percent of the total). This category includes the following items:

In our study, corporations tended to deploy cognitive engagement technologies to interact with staff rather than customers. This may change as businesses become increasingly comfortable with entrusting client interactions to machines.

The Cognitive Company of the Future

According to our poll and interviews, managers who have worked with cognitive technology are optimistic about its future. Even though the early accomplishments have been modest, we believe that these technologies will eventually alter work. We believe that firms that employ AI in moderation now and have aggressive implementation plans for the future will gain just as much as those that adopted analytics early on.

Information-intensive fields such as marketing, health care, financial services, education, and professional services could become more beneficial to society while also being less expensive. Overseeing regular transactions, constantly answering the same questions, and extracting data from endless documents could become the domain of computers, freeing up human workers to be more productive and creative. Cognitive technologies are also a driving force behind the success of other data-intensive technologies, such as driverless vehicles, the Internet of Things, and mobile and multichannel consumer technology.

The greatest fear regarding cognitive technologies is that they will eliminate large numbers of jobs. Of course, some job losses are anticipated when intelligent computers take over jobs previously performed by people. However, we feel that most employees have little to worry about at this time. Cognitive systems complete tasks rather than entire jobs. Human employment losses have mostly been caused by attrition of workers who were not replaced or by automation of outsourced jobs. Most cognitive tasks that are currently being performed supplement human activity, do a specialized task inside a much broader job or accomplish work that was not previously done by people, such as big-data analytics.

Most managers we speak with about job loss are dedicated to an augmentation approach, which involves blending human and machine labor rather than completely replacing humans. In our survey, only 22% of CEOs said that decreasing headcount was the most important benefit of AI.

We believe that every significant corporation should investigate cognitive technologies. There will be some hiccups along the way, and there is no room for complacency when it comes to concerns like job displacement and the ethics of smart machines. However, with proper design and development, cognitive technology has the potential to usher in a golden age of productivity, job happiness, and prosperity. 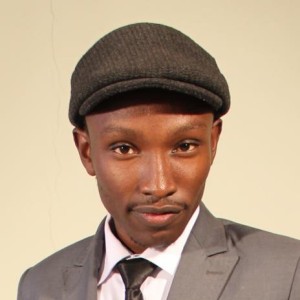 Use Of Social Media Across Different Age-Groups

To advertise to diverse demographics, you’ll need a lot of...

You have been encouraged to build a responsive website for...

Why is Responsive Design So Important?

Responsive design is the current “it” in web design. However,...

A Guide to Responsive Design Tips

Finding website designers who fits your company’s needs may be...

About The Feels Good Company

How Can we Help?

Chat with Us
Call Us